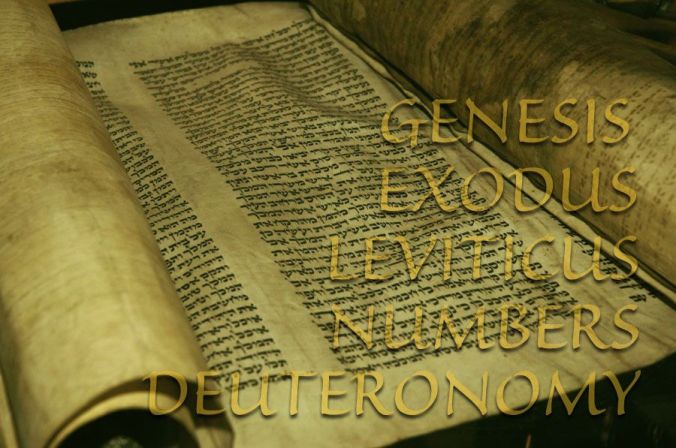 OBJECTIONS TO THE BIBLE

1) Pentateuch (first five books of the Bible) not written by Moses.

The above assertion has been doing the rounds for a long time and raises it’s head every now and again. Many give this opinion without realising or understanding where it ever came from.
So where did this theory come from and with whom did it originate?

A hypothesis was suggested in the 18th century and was developed by a man named Julius Wellhousen that, Genesis was written by several different authors and these authors were known by the initials J.E.D.P. defined as:

Many seminaries and Bible colleges approvingly ascribe to and teach what is known as the documentary hypothesis.

The hypothesis was based in part on the theory that writing was supposedly not invented yet and that the Israelites and J.E.D and P. wrote down the information many years later. The Old Testament was then assumed to be a fraud with those writing it purportedly being motivated to write against the practices they seen around them at that time, Polytheism, child sacrifice and a general lack of morality etc. Essentially meaning that the words we now read were not divine and inspired but were the product of the minds of men.

Fortunately there is no evidence for any of these supposed authors and many of these claims have since proven to be false. This hypothesis which was accepted readily by anyone with a desire to discredit the Word of God has now been widely rejected.

Lets look therefore at 6 strong sources of evidence in favour of Moses, as the writer of the first five books of the Bible.

1) Writing was well known and used during and before the time of Moses (thanks to Archeology we know it was being used back in the time of the Sumerians 3000BC). Meaning that events could have been written down close to the time in question, not just at a later date.

3) Many other parts of the OT describe Moses as the writer of Genesis – Deuteronomy. They held to the idea of his authorship.

4) Jesus referred to the law contained within these books as the “law of Moses” (Luke 16:31). Very strong evidence indeed!

5) Many New Testament writers refer to Moses as having been the writer of these books.
We know also that Moses would have gathered on other sources and oral traditions to write the first part of Genesis given that he himself was not alive at this stage. Writings or traditions would have came from Adam to Noah to Shem etc.

Another question which can arise however is that there is clearly a portion of Deuteronomy which Moses couldn’t have written. Deuteronomy 34:5-12 describes his death and that no-one knows where the body is buried. This is easily explained, when reading Joshua 24:26 it says that Joshua recorded “these things in the book of the law.” It is therefore widely accepted that Joshua was the one who recorded these words regarding the death of Moses.

Conclusion – Comprehensive evidence backed up by Archeology demonstrates that Moses was indeed the writer of the OT books from Genesis to Deuteronomy while using other sources to describe events before his time. No evidence was or has been found to substantiate any other source as being the writer of these books, despite historical false claims being made.

Please post any comments/ questions that you may have.