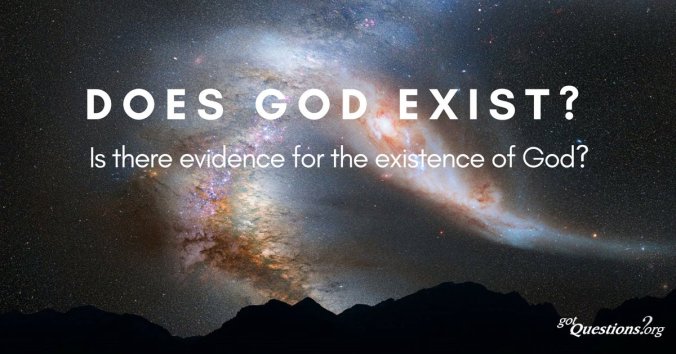 Listen to this episode of my podcast, Prepared To Answer, 10 Evidences for the existence of God https://anchor.fm/simon-dinning/episodes/10-Evidences-for-the-existence-of-God-e2g41q

Prepared To Answer – No. 1 (Evidence for God)
Q. How should answer when someone claims “there is no evidence for God?”
Reasons below demonstrate why belief in God is both logical and consistent!
1. WHY DOES ANYTHING EXIST? Why fixated questions of purpose? Why are we here? Where we going? If we’re simply “molecules in motion” doesn’t explain our constant search for answers. “Only explanation, we were made for another world” (C.S.Lewis)
2. ORIGIN OF THE UNIVERSE – Everything which begins to exist requires a cause, evolution cannot explain. Intelligent mind = logical explanation. There is no other satisfactory explanation of the first cause! See Cosmological Argument
3. COMPLEX & FINELY TUNED UNIVERSE – Perfect initial conditions to create universe and sustain life. Remarkable/Miraculous set of conditions (gravity, atmospheric gases, expansion rate of universe, our position in cosmos etc.) See Goldilocks Zone.
4. MORALITY – Everyone aware right and wrong, not only know this but we expect others to follow our standard e.g. someone skips in queue. External standard = best explanation. Entire justice system based on idea of objective standard we all know
5. CHANGED LIVES – Millions changed lives of people who testify to power of Jesus. 11 of 12 apostles killed for belief, yet they went to their deaths willingly!
6. RESURRECTION – Hard evidence accepted by most secular (non-Christian) historians. Apostles claimed Jesus risen, claimed seen him and tomb found empty
7. EVIDENCE FOR MIRACULOUS JESUS – All know he existed. Enemies confirm this and that he was doer of miracles! Evidence from Josephus, Jewish Talmud, Tacitus, Suetonius, Mara Serapion, Pliny the Younger, Thallus, Phlegon, Lucian of Samosata
8. DNA – 4 chemicals which contain code of instructions. Within tiny space every cell in body there is 3 billion letters. This evidence of clear design converted leading atheist of his day, Antony Flew saying “intelligence must have been involved”
9. PROPHECY – Thousands fulfilled. Specific details, dates, unbiased sources confirm the fulfilled details. Further supported by discovery of the Dead Sea scrolls.
10. BIBLE BEST ATTESTED ANCIENT BOOK – The time between the events and writings smaller than any other (written between AD40 & AD95), more manuscripts than any other (greater than 29,000). Second to none in accuracy of transmission (99.5%).